The Return of Dr McSlime

Chiptune
After starting up Mjölnir Games, me and my colleagues developed Way of the Knight, a challenging puzzle game for Android and iOS. The game was published in February 2014 after a lot of hard work with both development, planning, marketing and management.

In Way of the Knight you help a brave knight by building his road towards a life-saving antidote. Place random tiles to finish the road through charming grid-based environments.

Plan your moves and act quickly, but most of all: STAY ON THE ROAD!

“I've tried it and have to say I really enjoyed it!
It is clever, fast and difficult without being too difficult.”

Commercial Game
This game was made by me in 48 hours as part of the game making contest Ludum Dare 29 in April 2014.

This game actually won the first prize in the local Sony Hackathon competition with over 100 participants, and I feel really honored and happy for getting this opportunity! The game was later published on Google Play and App Store through my game company Mjölnir Games.

According to the rules all graphics, sounds and code were produced from scratch during the contest hours.

Note: The highscore system was added after the competition.

In Pond Tycoon you generate electricity by wave power. The supplied power will in turn generate "power charges" for which you can buy both more generators and Oscillomatic devices to help you generate even more power.

“I love your music!! Innovative idea and fun to play.
Kind of game I like to see more.” “Really unique and fun. Great water effects and the controls
and interface make sense. Music goes great with the team.” “All this time I'm playing this I'm thinking:
what are the fish in the pond going to feel like?”

48h game making contest
DownloadWeb PlayerSource Code
This game was made by me in 48 hours as part of the game making contest Ludum Dare 28 in December 2013. According to the rules all graphics, sounds and code were produced from scratch during the contest hours.

In Polytonia you use your great sense of timing to progress the music. Don't get a single key wrong as you keep on adding new instruments.
“Oh my, this game was awesome. For me it was very hard. But I couldn't
stop playing because the tune was so wonderful. Excellent job. :)” “Damn, this is possibly the most fun rythm game
I've ever played. Please do continue working on this”

48h game making contest
DownloadWeb PlayerSource Code
Loose Lips Sink Ships was made during BossJam 2015, in a total of 40 hours, by me, Alexander Brodén and Gustav Pihl. My focus was on gameplay programming, making the terrain, and all sound effects. Some public domain resources were used, but mixed together with filters and a personal touch.

Loose Lips Sink Ships takes place during the second world war where you control a Swedish submarine spying on the Russian radio communications. Intercept radio signals and transfer them back to the Swedish cruiser, but watch out for the coastguards or their heavy torpedoes will put an end to your mission.

The video pretty much shows what it is about: the user draws the rigid body objects with his mouse, similar to drawing in paint, places connections by right clicking, and then starts the simulation.

The music in this video was made by me.

Although few optimizations were implemented the program still runs at good frame rates. Possibly due to good GPU memory management.

Contact me if you are interested in the source code or a runnable version and I'll see what I can do :) 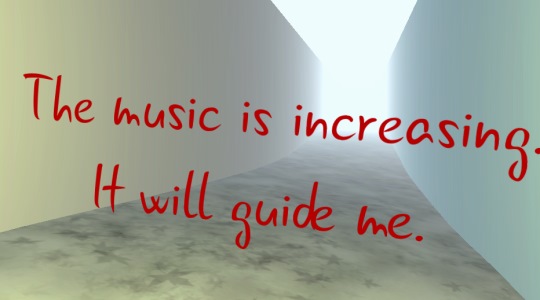 This musical adventure was made by me in only 20 hours as part of the game making contest Ludum Dare 30 in August 2014. All graphics, sounds and code were produced from scratch during this time, in the Unity game engine.

The last I remember is my sister's lifeless eyes. It is extremely rare, but sometimes when people die, they decide not to cross over.

She is calling for you, with beautiful melodies. Guided by the heavenly harmonies, you have to find her spirit and help her to find rest.

“This game is an amazing game. It's probably one of the most
emotional games I've ever played!” “This is beautiful. A short story told through the
best means possible. I definitely felt something =)” 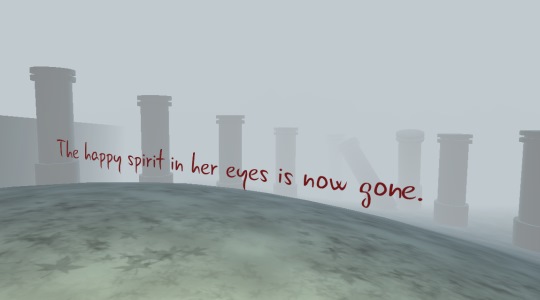 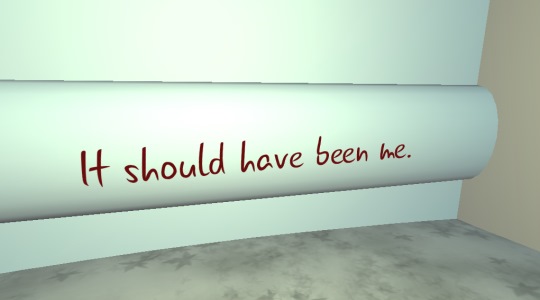 48h game making contest
Web PlayerSource Code
During a 4 months group project in school we developed this space shooter game. I was alone responsible for all sounds and soundtrack, and the PHP-based web portal where players can research techs, buy components, attack other factions and many other important interactions. This web portal is also accessible in the game, and fills a very central role in our semi-MMO concept.

The web portal is found in the right menu

Hello Space is a fast paced pseudo-MMO space-sim featuring intense in-game space combat combined with an access-anywhere browser platform. Collaborate with your faction to research advanced technology, upgrade your spaceship and join the grand battle to dominate the universe.

4 month Game Project
Create Account:
Web Portal
Download
Menu Theme
Main Theme
Me and a friend made this small game in 22 hours of effective time during the game making contest BossJam, in Apr 2014. My work included lots of programming and development in Unity3D, as well as producing the music and all sounds.

Sort votes from the election to gain trust from the supervisor (aka. "the state machine"). When he leaves the room, start cheating like there's no tomorrow - but don't get busted or media will get at you!

In Mini Ludum Dare the goal is to make a game in 48 hours. I made a small turn-based racing game based on a classic pen-and-paper game, and since I didn't really have any time for this, I managed to finish the whole game in only 7 hours! Later on multiplayer was added in about 5 hours.

Graphics were produced quick-n-dirty with my laptop's touchpad, on a bumpy train ride. Still, it pretty much does the job with this simplistic paper style.

Play on your own or compete with up to three of your friends.

“This is a fantastic take on the racing genre. I love it.”“Really cool, unique design but still enjoyable gameplay,
hard at times, but the best kind of hard... AWESOME! Good job!”

Made in only 12h
Web PlayerSource Code
The return of Dr. McSlime started as a school project early on in my studies but quickly grew to a passionate concept with many inspiring ideas for development.

Your goal in this retro platformer is to take Dr. McSlime from the start to the goal of each level, in shortest time possible. Navigate using the arrow keys and restart the current level with R.

The Return of Dr McSlime

Hobby Game Project
Download
Ray traced shadows in an environment with two-dimensional obstacles, implemented in Java. I'm not entirely sure what this could be used for, but I have some ideas of a 2D exploration game, or possibly some combat game where your sight is limited by obstacles, so that you can hide from your enemy.

If you have any ideas of how to develop this technology, please share them!

Technical Experiment
Source Code
As part of a school assignment I made this phong shader with normal mapping, implemented in C++ with DirectX 10.

The music was made by me as well.